Congratulations to the Alsager Cubs from Cherokee and Sioux and Scouts from Gladstone and Somers who took part in this year’s Potteries North District Swimming Gala on Saturday 9th March at Fenton Manor.

It was a fantastic night with Alsager showcasing what a talented group of Cubs and Scouts we have. We had some notable Cub wins with Poppy from Sioux Cubs winning the under 9½ Back Stroke final and Poppy, Albert, Elizabeth and Lenura winning the Relay final.

The Scouts truly dominated the older categories with individual wins from Harvey, George and Olivia and team wins for the Medley and Relay resulting in the overall trophy being awarded to Gladstone Scouts troop. George Alcock also was presented with the outstanding swimmer of the night trophy.

All in all a great night for Alsager! Roll on next years gala! 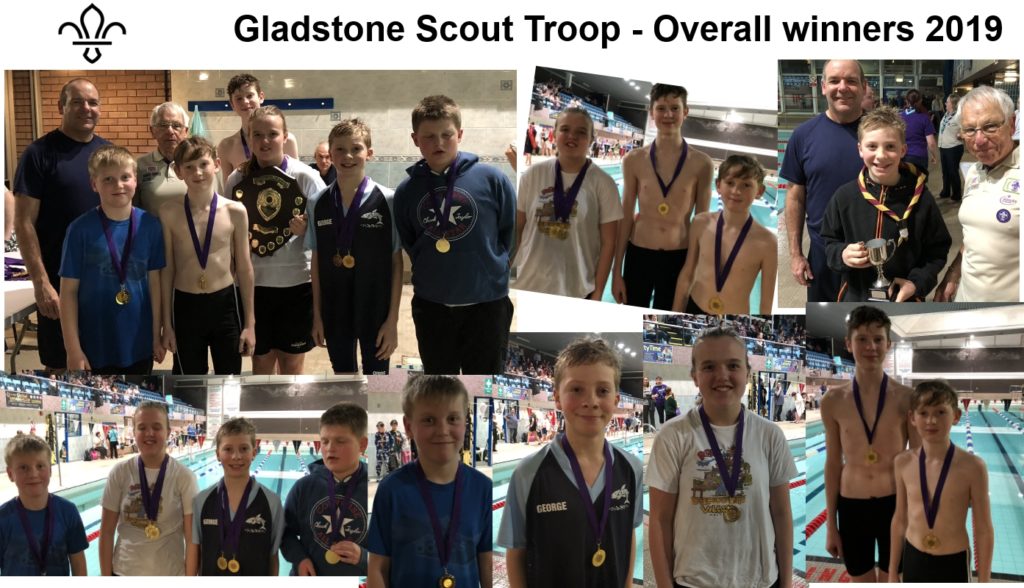